Regardless of their current skill level, we can work with your daughter each month to develop the technique to grow on the pitching mound this year.

There are currently two different levels of instruction being offered that are based on experience, ranging from new to pitching to those pitchers looking to build on past success.

Players are assigned a Pod or are in groups of 6 pitchers - they meet weekly at the RYFSA complex.

Typically sessions are held Sunday nights and then one more time during the week, pending rain outs or extreme heat. 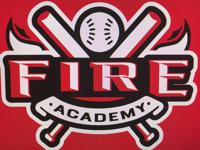 Fundamentals Softball Academy for 8U and 9U  Players

Conceptually, softball programs and USA Softball competitive organizations know that the skill of pitching and skilled pitchers often dominate the game, at the younger levels. We desire to strategically foster that excitement and expose young talent to the art of pitching; RYFSA is developing a year round youth softball skills academy. This will also incorporate fielding and hitting skill development.

Provide the opportunity and create enthusiasm

First Impact Adjustment: Defined as a unified approach of instruction with a focused objective to impact a future goal of skill development; all player coached to understand the fundamentals of pitching and they will pitch during each session.

Foundation: Young players need a consistent plan for development and they need positive feedback along the way as they learn these new skills.  Through repetition both in form, drills and contact - we will develop their confidence in the sport of softball.

Academy is open to a limited number (40) of 8U  per USA Softball DOB for Rochester athletes only.

1.10 hours per month from August-March - on the various Sunday's of each month

Location:  RSC6 - until we can utilize the DOME.

Email  your daughters information to:

About the Academy Director - Chad Buchmann

Chad Buchmann has been coaching both college softball or high school for the past 20 years. In 2016 he coached in this 500th softball game and has 225 combined college wins from both Lakeland College in Wisconsin and at Jamestown University in North Dakota. During the 2011-12 season he became Lakeland College's programs most winningest head softball coach. While at Jamestown Jimmies, in 2002 he led the program to a school record 41 games won, in his first season.

During his tenure at Lakeland College, every season his teams reached the post season, posting six straight Northern Athletics Conference Tournament appearances and two Lake Michigan Conference Tournament appearances. He served as the college's head strength and conditioning coach, the director of events and served as a lecture in the college's Exercise Science program.

In 2007, Buchmann's Muskies posted a 23-game win streak, breaking the program's record of 15 set in 1994. Talent wise, he coached a NAC player of the conference, a NAC conference homerun champion , 2 batting champions and in 2009 and 2010 he had players rank in the top 2 in the nation for triples hit in season. In the conference, his teams have led in multiple offensive hitting categories.

In 2012, Coach Buchmann was named the head Varsity softball coach at Rochester Century High School (MN). In just their first season, they improved on the previous season's record of 2-18 by winning 7 games and defeating the #4 seed and #2 seed in the Section tournament. In 2015, the Panthers were one win shy of tying the schools softball wins in a season (15) of 16. Each year the program has had numerous all conference players and most recently two Panther athletes have signed DIV II scholarships to play college softball.  2019 was Coach Buchmann's final season as the head coach for the Panthers.

During the summers of 2004-2011, Coach Buchmann served as a head coach for USAAI College Softball organization, which competed internationally. He has guided teams to two gold medals, one silver and one bronze. In in hometown of Sheboygan WI, in 2004 he organized and coordinated Sheboygan's first and only youth girls ASA competitive fastpitch program, the Sheboygan Strikers Youth Fastpitch Program.

In past summers, Coach Buchmann conducts recruiting exposure camps for local high school softball players to showcase their talent for College coaches through his Eastern Shoreline Fastpitch Athletics LLC. High school players attend from MN, WI and ILL and IN to be evaluated by college softball coaches.

Coach Buchmann graduated from Lakeland College in 1998 and received his Master of Education from Lakeland college in 2009. Coach Buchmann's wife Amy, is a masters' prepared nurse at the Mayo Clinic and they have two wonderful children Brady (11) and Lauren (8).

1.  The next Parent informational Meeting date and time - TBA

2.  Information on how to volunteer as in instructor

Coaches will use the "Coaches Eye"  App to demo form and educate each player ...on their progress.  See picture Coach Buchmann uses with previous athletes - as an example.

Each month the director will post videos of drills from past FIRE Academy sessions for parents to review as they help in the development process.

*  Players are encouraged to practice the drills they learned that month with their parents.

*  Videos will in order of development and the Library of videos will be a good source for parents.